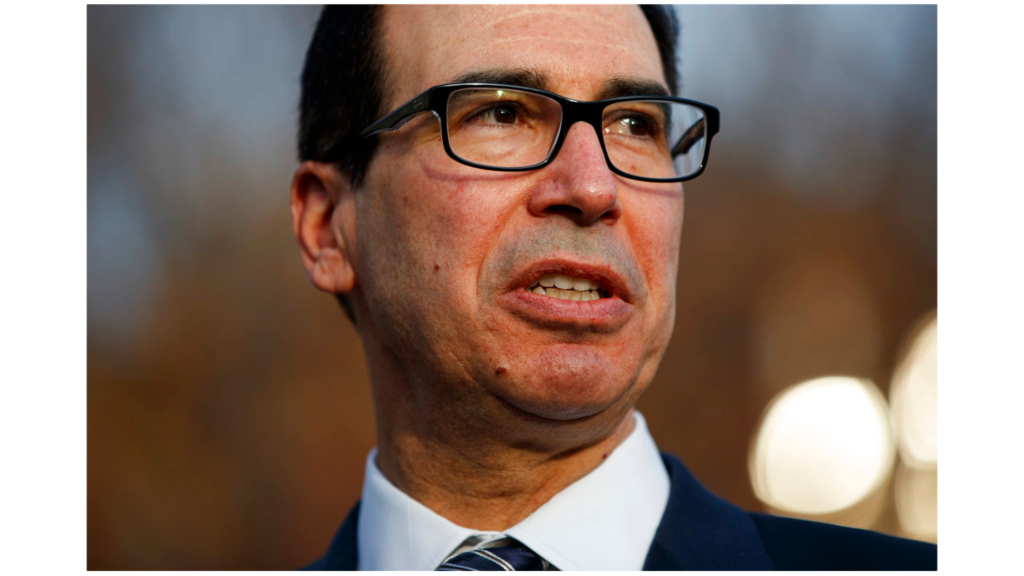 The Trump administration is celebrating the 90-day truce it reached in its trade war with China as a significant breakthrough despite scant details, a hazy timetable and widespread scepticism that Beijing will yield to U.S. demands anytime soon.

"This is just an enormous, enormous event," Larry Kudlow, President Donald Trump's top economic adviser, said Monday of the cease-fire that Trump and President Xi Jingping reached over the weekend on the sidelines of an international economic summit in Buenos Aires, Argentina. "This one covers so much ground in some detail, we've never seen this before."

Yet many economists raised doubts that very much could be achieved within three months.

"The actual amount of concrete progress made at this meeting appears to have been quite limited," Alec Phillips and other economists at Goldman Sachs wrote in a research note.

During the talks in Buenos Aires, Trump agreed to delay a scheduled escalation in U.S. tariffs on many Chinese goods, from 10% to 25%, that had been set to take effect Jan. 1. Instead, the two sides are to negotiate over U.S. complaints about China's trade practices, notably that it has used predatory tactics to try to achieve supremacy in technology. These practices, according to the administration and outside analysts, include stealing intellectual property and forcing companies to turn over technology to gain access to China's market.

In return for the postponement in the higher U.S. tariffs, China agreed to step up its purchases of U.S. farm, energy and industrial goods, the White House said.

Most economists noted that the two countries remain far apart on the biggest areas of disagreement, which include Beijing's subsidies for strategic Chinese industries, in addition to forced technology transfers and intellectual property theft.

Complicating the challenge, Trump's complaints strike at the heart of the Communist Party's state-led economic model and its plans to elevate China to political and cultural leadership by creating global champions in robotics and other fields.

"It's impossible for China to cancel its industry policies or major industry and technology development plans," said economist Cui Fan of the University of International Business and Economics in Beijing.

At the same time, analysts said they were relieved that the Trump-Xi meeting at least pressed the "pause" button on tariff hikes. Besides escalating existing tariffs, Trump had threatened to impose import taxes on the remaining $267 billion of U.S. goods from China. This would have raised prices in the United States on many consumer items, including smartphones, clothes and toys.

Fears of a hotter trade war had sent financial markets tumbling in October and November. But they jumped Monday in response to Saturday's truce. The Dow Jones industrial average closed up 288 points, a gain of 1.1%.

"We are no longer in the same buoyant economic or markets environment that we enjoyed earlier this year when threats of tariffs against China were first made," she said.

In the meantime, the outlines of the agreement remain hazy and in some cases confusing. Trump tweeted late Sunday that China had agreed to "reduce and remove" its 40% tariff on cars imported from the U.S. Treasury Secretary Steven Mnuchin said Monday that there was a "specific agreement" on the auto tariffs.

Yet Kudlow said later that there was no "specific agreement" regarding auto trade, though he added, "We expect those tariffs to go to zero."

Shares of U.S. and overseas auto companies rose on the announcement, though it's unclear how much companies like GM or Ford will actually benefit. Nearly all the cars they sell in China are made there.

Details regarding China's pledge to buy more American products — one that it has made before — remain scant. Mnuchin said Monday morning on CNBC that China had offered to buy up to $1.2 trillion of additional U.S. goods, even while the "details of that still need to be negotiated."

But Kudlow said the ultimate amount will depend on market prices and the health of China's economy.

"I would think of that as a broad goal," he said.

State-run Chinese media has described the agreement very differently from how the Trump administration has. It has made no mention of any changes to its auto tariffs. And it has said nothing about a 90-day deadline for the talks.

Greene said this might simply reflect China's communications strategy. Or it might illustrate China's weak commitment to the deal.

China agreed to eliminate the retaliatory tariffs it had placed on U.S. soybeans, according to the White House, which also said Beijing had agreed to buy an unspecified but "very substantial" amount of agricultural and other products. That left some U.S. farmers cautiously hopeful Monday.

"This is the first positive news we've seen after months of downturned prices and halted shipments," said John Heisdorffer, a farmer in Keota, Iowa, who is president of the American Soybean Association. "If this suspension of tariff increases leads to a longer-term agreement, it will be extremely positive for the soy industry."

Kevin Scott, who farms near Valley Springs, South Dakota, and serves on the American Soybean Association, said the news provides hope for farmers who are storing their crops while awaiting better prices. But he cautioned that "it's going to take a little more to move more beans."

Among the skeptics is Scott Gauslow, who grows soybeans and corn near Colfax in eastern North Dakota's Red River Valley. He noted the lack of specifics in the White House announcement.

"What if China calls tomorrow and says, 'We changed our mind'?" Gauslow said. "There was nothing in writing, which scares me a little bit."

China is the top market for North Dakota's soybeans. The state's farmers sell about $1.4 billion to China annually, according to the nonprofit North Dakota Trade Office.

Some retailers were also encouraged by the agreement, according to the National Retail Federation. At the same time, the federation noted that the truce prolongs the uncertainty around trading with China.

Jonathan Gold, an executive at the federation, said most retailers had already ordered goods for the first three months of the year, so the 90-day delay in the tariff hikes won't affect them. Many companies have already switched their purchases from China to another country to avoid the potential 25% tariff.

"The question is, what happens at the end of 90 days?" Gold asked.

Get the latest local and international news straight to your mobile phone for free:

US, China put brakes on trade dispute with cease-fire