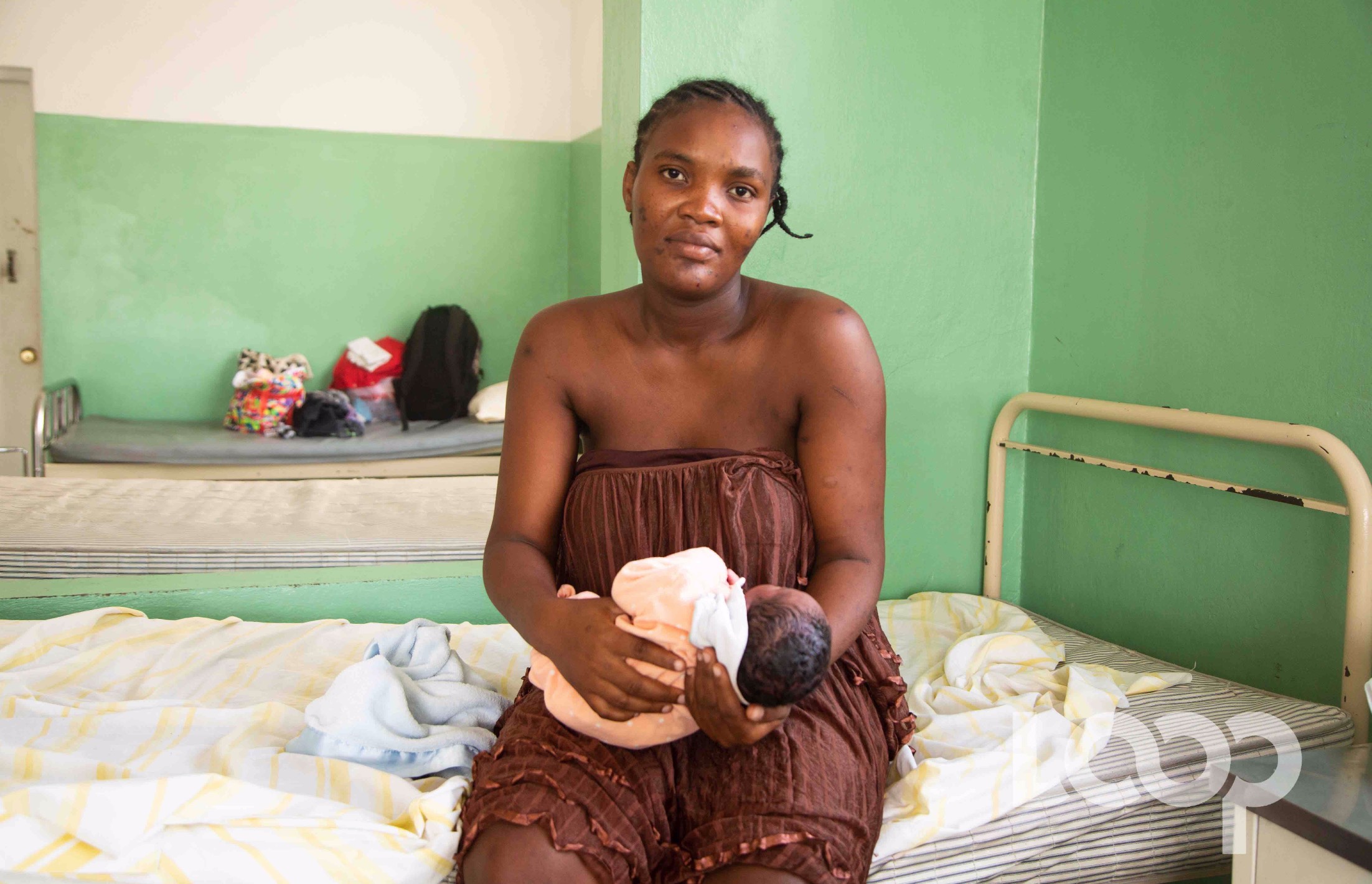 On Sunday, November 3, around 9:00 am, a 24-year-old Haitian girl gave birth to a little boy in the courtyard of Radio-Television Caraibe, at Chavannes Street. A doctor from the largest hospital in Haiti recognizes "an exceptional case".

Blandine Pierre, originally from Fontamara (a southern suburb of the Haitian capital), had never thought that her son would ever have such a fate: to be born in the heart of Radio-television Caraibe. "It could be worse," she says, smiling, sitting next to the newborn on a very dirty mattress, stained with blood.

With pain, Ms. Pierre left her home in Fontamara last night, half past six, leaving for a hospital in Carrefour. "I was refused because I had two caesareans," she was told by the management of a hospital center. If the argument could always hide scientific ambitions, Ms. Pierre is reluctant to understand the merits of such a refusal, and rejects all of this argument.

"I do not see the report," she storms. At just 24, she has already experienced the pain of scissors twice. One of her two previous children is dead, the other five years old, is a happy and very beautiful child, she says, a smug smile stuck in the face talking about this son that she did not not seen for more than 24 hours.

After walking unsuccessfully in the streets of Port-au-Prince in search of a hospital, she went this Sunday morning in the premises of Radio Television Caraibes following the advice of a friend. Upon arrival, she testified, two security agents took her by the hand and soon after, she gave birth to her baby who does not have a name yet.

"If I knew the name of the security officer who rescued me on the Radio Caraibe, my son could have raised his name," she says to show her gratitude for these two quidams that she could have met at chance of the road and ignored it.

Driven by a very noble will, the two officers in office offered the services of the National Ambulance Center (CAN) for the transportation of Mrs. Pierre to the Hospital of the State University of Haiti, commonly called the General Hospital. Bet won, she found herself at the door of the largest hospital at ten thirty in the morning. A boon when you know she could wait for more than two hours before being recovered.

Just before our team turned their backs on the hospital, 2 o'clock in the afternoon, Blandine Pierre was still waiting to be treated by a doctor for her "little tear," she says.

"I have been here for more than four hours, and no doctor has touched me yet," she regrets, before announcing that she will be able to return to her homes all the time. "I do not feel too much pain," she admits.

A doctor, pacing in the hospital lobby, tried to deflect our gaze. By bad luck, he was questioned about the delay observed in the care of Ms. Pierre. "I'm here because I have the will, so she must wait for us," he says, looking relaxed, armed with his headphones and a laptop. "His case is exceptional," says the health professional.

The US extends TPS for nationals of 6 countries, including Haiti