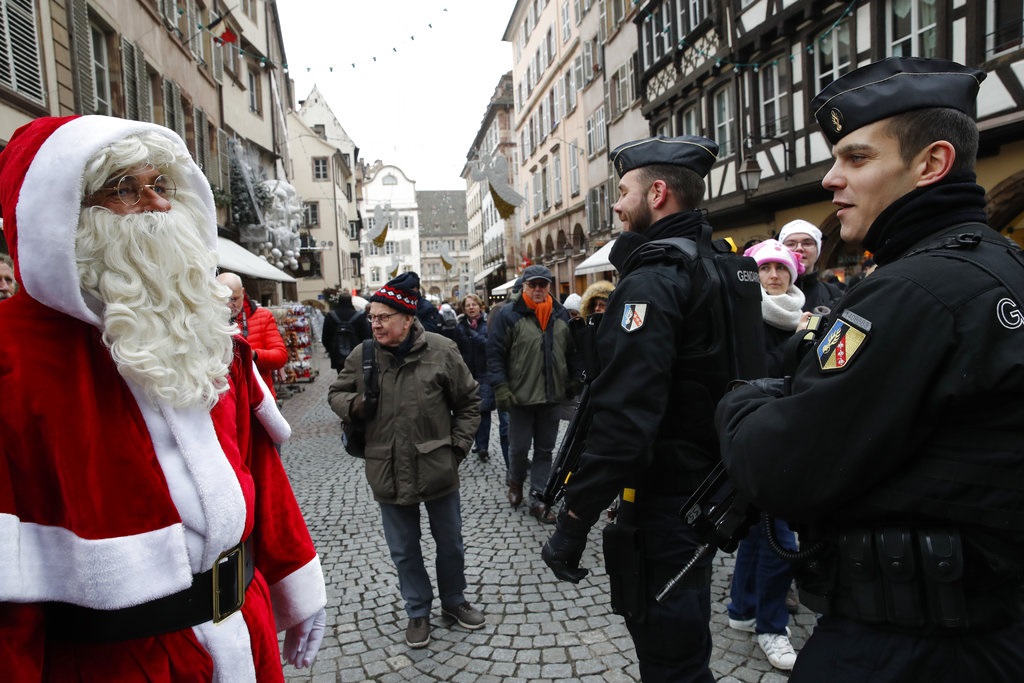 The Christmas market in Strasbourg has reopened amid tight security a day after the gunman suspected of killing three people in an attack earlier this week was shot dead by police.

The main suspect, Cherif Chekatt, was killed on Thursday after he opened fire on officers during a police operation.

The site of Tuesday's attack was close to Strasbourg's famous Christmas market, which was closed during the manhunt for Chekatt.

Interior Minister Christophe Castaner attended the reopening and had a stroll in the market to meet with shopkeepers.

Access to the market has been reduced while extra police officers and military have been deployed to the site in addition to private security guards.

Investigators looking into the Strasbourg attack are trying to establish whether the main suspect was helped by accomplices while on the run, Paris prosecutor Remy Heitz said Friday.

The prosecutor, who handles terror cases throughout France, told a news conference on Friday that seven people are in police custody, including four family members of Cherif Chekatt. The 29-year-old was shot dead on Thursday during a police operation which took place in the Neudorf neighbourhood of the city.

"We want to reconstruct the past 48 hours in order to find out whether he got some support," Heitz said.

World leaders gather in Paris a century after WWI armistice