A scripted series about Selena is coming to Netflix 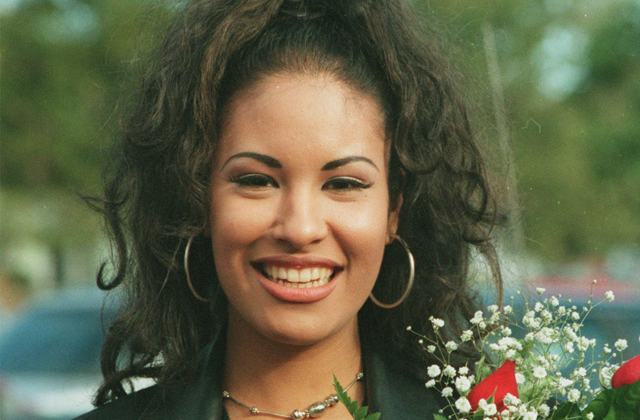 Netflix is creating a new scripted series on the life of Tejano music legend Selena.

“Selena: La Serie” (“Selena: The Series”) was developed in collaboration with the late singer’s family, Netflix announced on Tuesday. The Quintanilla family has been fully involved in the project and will be executive producers.

The series is a coming of age story following Selena as her dreams come true and all the heart-wrenching and life-changing choices she and her family have to make as they navigate success, family, and music, according to a blog post by Netflix.

"Selena will always have a lasting place in music history and we feel a great responsibility to do justice to her memory," said Suzette Quintanilla, Selena's sister.

"With this series, viewers will finally get the full history of Selena, our family, and the impact she has had on all of our lives. We are excited to partner with Campanario and Netflix to give fans a never-before-seen glimpse at our story and highlight why Selena will remain a legend for generations to come."

No official premiere date was announced but 2020 in the show’s description on its website.

💞Bidi Bidi Bom Bom 💞 @SelenaLaLeyenda’s incredible life story is coming to Netflix as a scripted series! @selena_netflix was developed alongside and will be executive produced by The Quintanilla family #NetflixNewsWeek pic.twitter.com/5rljwl8k37

The "Dreaming of You" singer and fashion designer was a Grammy-winning artist who was shot and killed by her former fan club president, Yolanda Saldivar. She was only 23 years old.

Selena’s life story was famously portrayed in the 1997 biopic “Selena,” starring Jennifer Lopez. In 2017, thousands of fans gathered as Selena was honoured with a star on the Hollywood Walk of Fame.

Winston Duke is coming to Netflix

Netflix says it has signed Barack and Michelle Obama