Rapper Drake touches down in Barbados 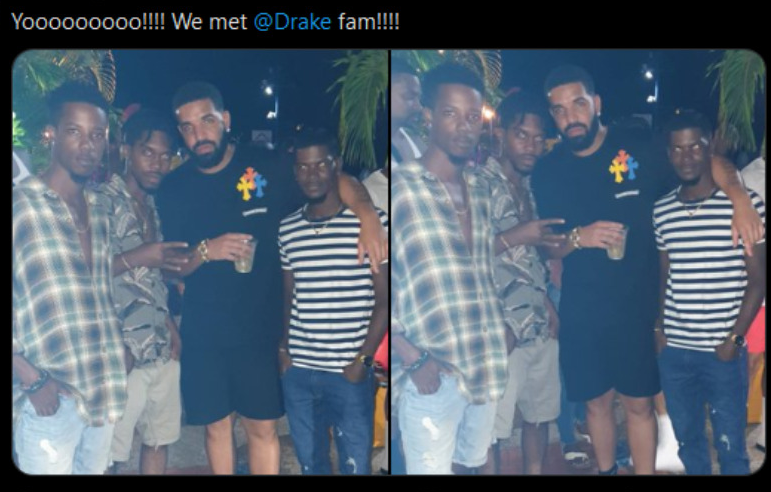 News that Barbados' borders are open to commercial flights reached the ears of at least one international superstar.

With commercial air travel from Canada being the first to land in Barbados at the Grantley Adams International Airport on July 12, the plane of Canadian rapper Aubrey 'Drake' Graham was spotted on the tarmac by the I.A.M Jet Center in Barbados the same day.

Following the sighting of his sky blue jet with its puffy cloud design, he was seen on island over the weekend as well.

His appearance has some fans wondering if he intends to take up Prime Minister Mia Mottley's offer to work remotely for a year with the Barbados Welcome Stamp scheme. 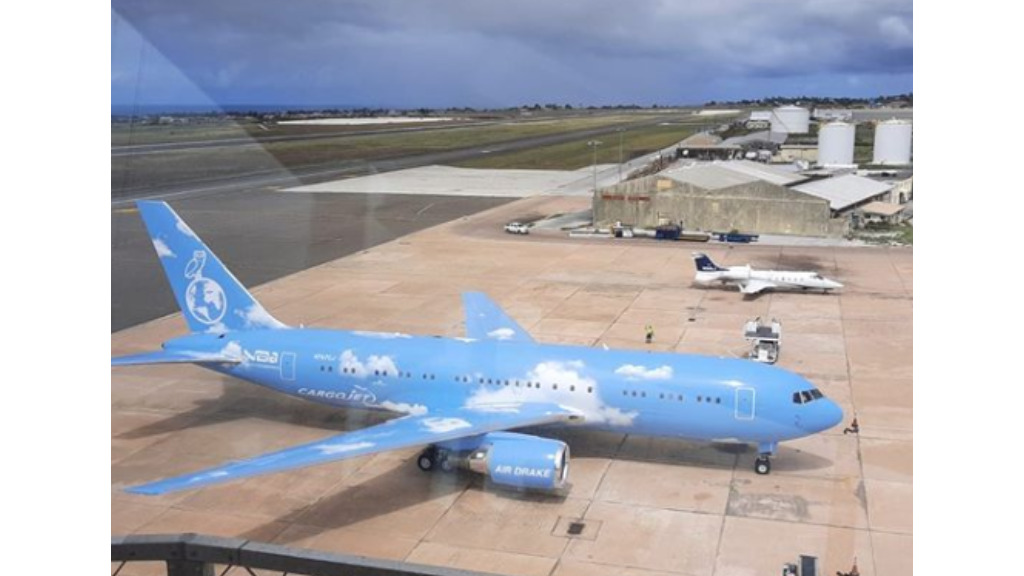 Photos of his US $185M plane, AIR DRAKE, were taken on the tarmac and circulated on social media. The rumors that Drake was in the island were put to rest, when a few locals got the chance to pose for a picture with the OVO frontman in St Lawrence Gap on Sunday night. 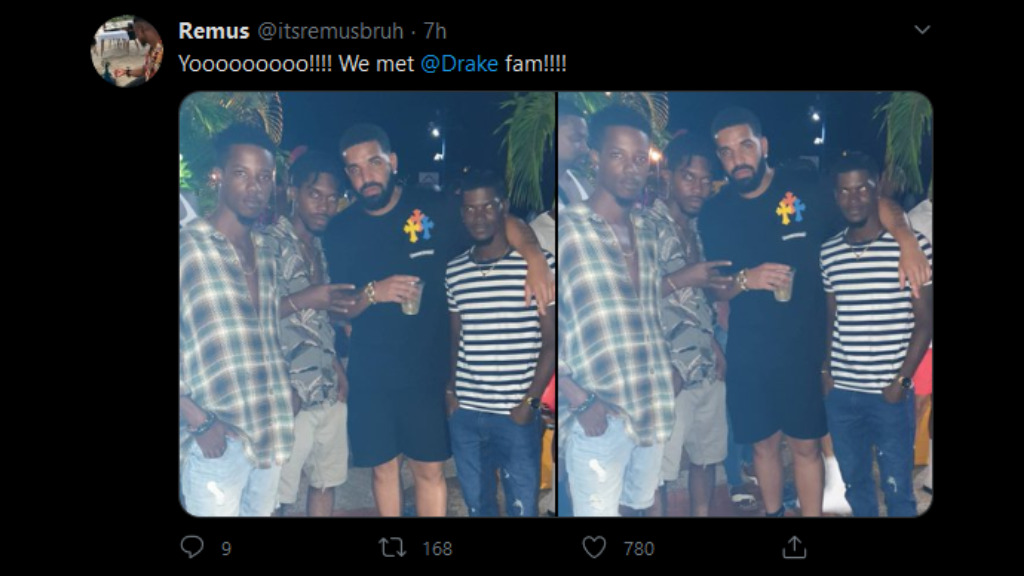 Not everyone has welcomed Drake's arrival with open arms, some persons took to social media to express their discontent that he was not placed in quarantine and they balked at the lack of social distancing and the absence of face masks as seen in the circulated picture and video.

Many online have been critical of travellers not wearing masks. This has led to questions on the stipulated quaratine procedures for those arriving in Barbados from high-risk and low-risk countries.

Drake is not the first superstar to be spotted isolating in the Caribbean post-COVID-19. Dua Lipa contacted the Prime Minister and government of St Lucia before they resumed commercial flights to finalise requirements for her arrival. She provided her negative PCR test result etcetera and has shared photos from her sunny isolation-cation.