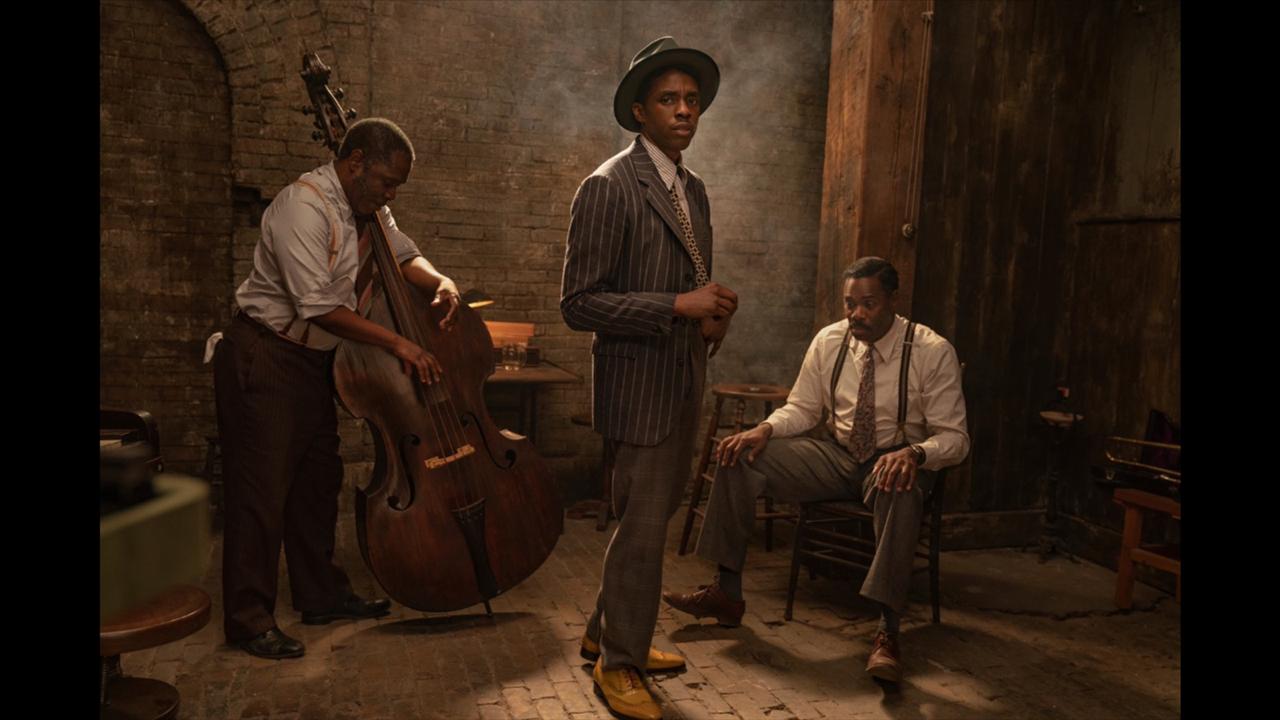 The film, shot last year, was already one of the year's most anticipated, coming as the next chapter in Denzel Washington's ongoing project to turn Wilson's plays into films, following 2016's Oscar-winning “Fences.”

But since the unexpected death in August of 43-year-old Boseman from colon cancer, “Ma Rainey's Black Bottom" has taken on an elegiac aura.

Boseman's performance has been said to be among the finest of his career, and the scenes previewed Monday only reinforced that notion.

Set in Chicago 1927, Davis stars as Ma Rainey, a fiery singer known as the “Mother of the Blues." Boseman plays Levee, an ambitious trumpeter aiming to launch himself with his own updated versions of Ma Rainey's songs.

The event Monday, presented by video conference, included a band, in masks, performing music from the film scored by Branford Marsalis.

Netflix, which will debut it December 18 on the streaming service, is expected to push “Ma Rainey's Black Bottom” for Academy Awards consideration, particularly Davis and Boseman. (Wilson, himself, was the last person to receive a posthumous Oscar nomination in 2016, 11 years after his death, for the “Fences" script.)

Wolfe said Boseman “put his entire being into the part.” Davis described Boseman as unusually egoless. At the time of filming, Boseman was coming off the massive success of “Avengers: Endgame” and “Black Panther.”

“Not to compete with Chadwick's mother but Chadwick is my baby,” said Davis, who played Boseman's mother in the James Brown biopic “Get on Up.” “Chadwick was just an artist. That's just who he was.”

"For someone so young it was incredible to watch that level of not mistaking your presence for the event.”

Davis, who won an Oscar for her performance in “Fences" and a Tony for the play's 2010 Broadway revival, plays Ma Rainey as a commanding, hip-swinging diva she said she modelled after her aunt.

“Ma Rainey’s Black Bottom” was the first play Wilson wrote in 1984, and the only one of this 10-part Century Cycle not set in Pittsburgh.

“August lets us talk as people of colour. Other people look at it and say, ‘Why do they go on and on?’ My whole thing is: Why not?" said Davis. "We have a lot to say, and there's been a muzzle placed on us or so long.”

Black Panther Director on Chadwick Boseman: He was a special person

Michael B. Jordan wants you to view a drive-in movie, on him