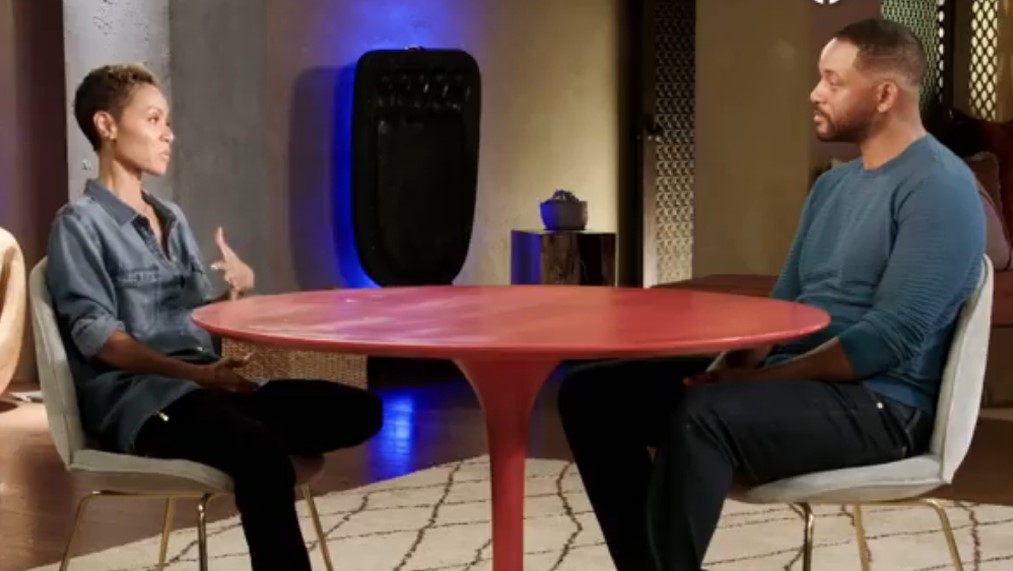 Jada Pinkett Smith took herself to the Red Table and confessed that she and August Alsina did have an affair.

The Red Table host together with her husband Will Smith, sat at her famous table to clear the air on August's allegations that he was in a relationship with the actress.

The couple first sought to clear the air on statements that were reportedly issued on their behalf in response to August's allegations.

"Somebody made a statement for me that wasn't a statement I made and that went cray cray," said Jada.

"And one of the reasons why I wanted to come to the table is the media, the headlines, we specifically never said anything, we were purposely not saying anything, any headlines that said Jada said or Will said or the Smiths said was not true," Will added.

Addressing the allegations, Jada said about four years ago she started a friendship with August and they became really good friends

"It all started with him really needing help," she said.

The couple said at the time they broke up and were going to separate for a period of time.

"I really feel like we would be over," said Will.

"And what did you do Jada?" he asked.

She acknowledged that she got into an entanglement with the singer but at Will's prompting that she make it clear about what happened, she confessed it was a relationship.

"I was in a lot of pain and I was very broken," she said. "In that process, I realised that you can't find happiness outside of yourself."

In response to Will's question about what she was looking for, Jada said she wanted to feel good and found joy in helping somebody.

She said when she and Will decided to work on their marriage, August broke off all communication.

"So it is a little weird that all this stuff is coming out now cause this was years ago," she said.

The couple also sought to clear the air about Will giving August his blessing.

"We were separated amicably and I think he wanted to make it clear he wasn't a homewrecker," Jada explained.

The couple pledged their undying love for each other, adopting a line from "Bad Boys" which Will starred in with Martin Lawrence.

"We ride together, we die together, bad marriage for life," they said.

Jada Pinkett Smith is bringing herself to The Red Table

Will Smith says he and Jada are no longer married