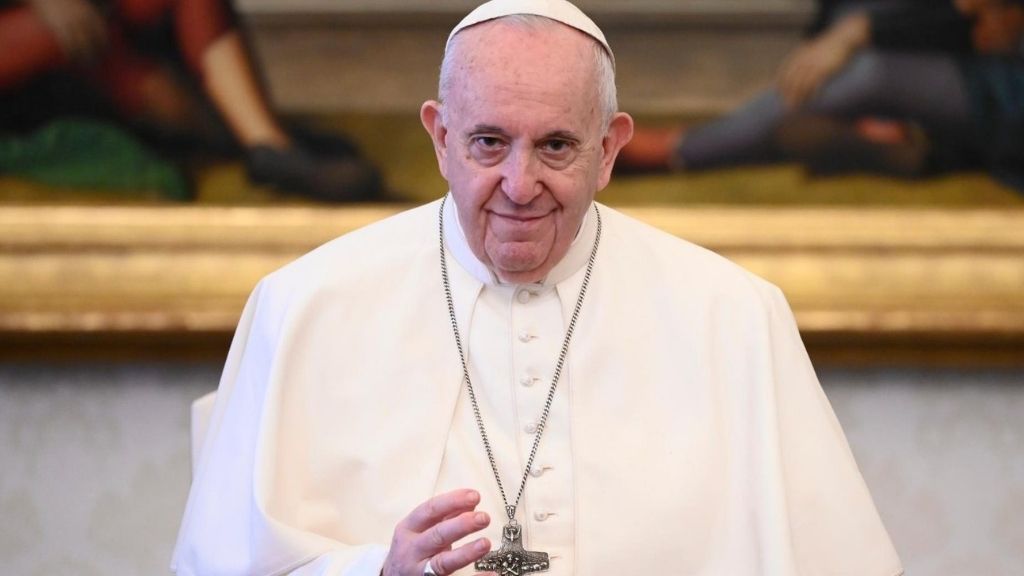 For the first time since he assumed the position of Pope in 2013, Pope Francis has directly endorsed same-sex civil unions and laws. The blessing was given in the documentary “Francesco,” a documentary about his life which premiered at the Rome Film Festival on Wednesday.

The matter of civil unions comes up in the film in a segment that features Andrea Rubera, a gay Italian man who participated in one of the pope's daily masses in the Vatican's Santa Marta residence and was struggling with the decision of whether he and his partner should bring their children to church, for fear that they would be discriminated against as children of a same-sex couple.

In an interview, which comes midway into the documentary,  the pontiff makes his position clear.

“What we have to create is a civil union law,” he says, to ensure that same-sex couples are “legally covered.”

“Homosexual people have the right to be in a family. They are children of God,” he continues.

When asked about LGBT Catholics, he says, “Nobody should be thrown out, or be made miserable because of it.”

Before assuming the position of Pope, as the archbishop of Buenos Aires, Francis endorsed civil unions for same-sex couples as an alternative to marriage.

Francis is also believed to be the first pope to use the word gay publicly and in 2013, he famously told a reporter, "If someone is gay and he searches for the Lord and has good will, who am I to judge?"

In 2016, in a papal exhortation, Francis said, "every person, regardless of sexual orientation, ought to be respected in his or her dignity and treated with consideration, while 'every sign of unjust discrimination' is to be carefully avoided, par­ticularly any form of aggression and violence."

Said Afineevsky in his acceptance speech of the Critic's Choice Documentary Awards, "We are the storytellers and we are the ones who can change history."

Describing himself as “a Jewish boy” Afineevsky said he made the decision to tell the story of the Pope because he felt that would provide him with “hope and light” after he finished “Cries from Syria,” a 2017 documentary about the war.

RCIPS to take part in sensitisation training with Colours Cayman