Watch: Vigil for girl who died in Border Patrol custody 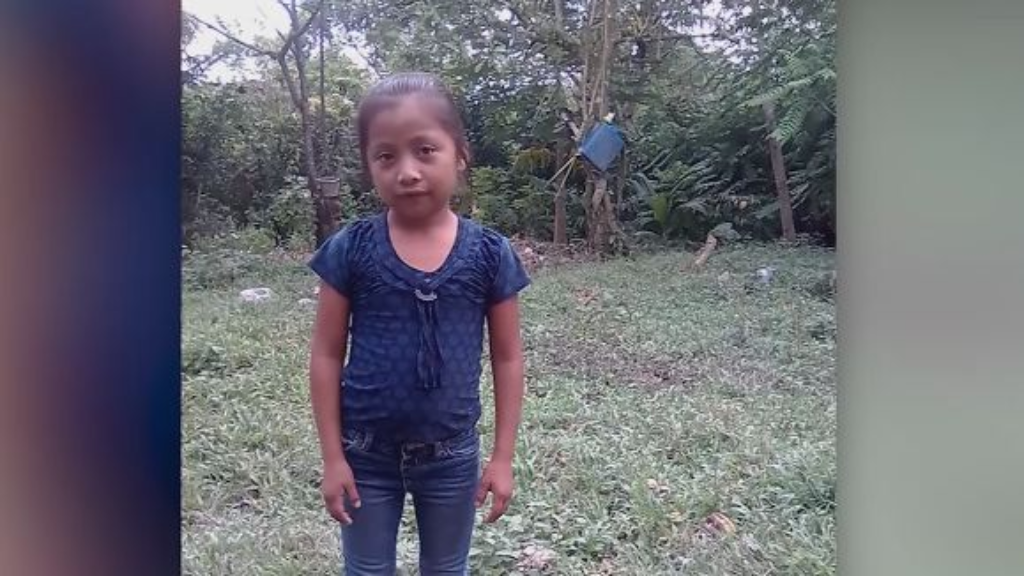 A small vigil was held in El Paso, Texas on Sunday for Jakelin Caal, the 7-year-old Guatemalan girl died in U.S. custody. KVIA-TV in El Paso, Texas reports that the ANSWER (Act Now to Stop War and End Racism) Coalition and the Party for Socialism and Liberation. KVIA reports that fewer than a dozen people attended.

Shortly before Jakelin Caal died, her father signed a form stating that his daughter was in good health. But it's unclear how much the man understood on the form, which was written in English and read to him in Spanish by Border Patrol agents.

The death of Jakelin Caal highlights the communication challenges along the U.S.-Mexico border as agents come in contact with an increasing number of migrants who speak neither English nor Spanish.

Her father's native language is the Mayan tongue known as Q'eqchi'. His second language is Spanish. It's unclear whether something was lost in translation or whether it would have made a difference in saving Jakelin after the two were detained and underwent a health screening along a remote stretch of U.S.-Mexico border. But the case raises questions about the Border Patrol's use of English-only forms.

All agents are required to speak Spanish, and they receive formal Spanish training. Reading forms in Spanish is often enough to pose basic questions. But some other Spanish-speaking migrants reported signing paperwork that they later said they did not understand.

Jakelin and her father, Nery Gilberto Caal Cuz, were part of a group of 163 migrants arrested December 6 near a border crossing in New Mexico. Hours later, they were placed on a bus to the nearest Border Patrol station, but Jakelin began vomiting and eventually stopped breathing. She later died at a Texas hospital.

Border Patrol officials on Friday said agents did everything they could to save the girl but that she had not had food or water for days. An initial screening showed no evidence of health problems.

Attorneys in Texas representing Caal criticized U.S. officials for asking him to sign Form I-779, which asks a series of questions with check boxes of "yes" or "no." In the additional comments section on the form was written "claims good health."

"It is unacceptable for any government agency to have persons in custody sign documents in a language that they clearly do not understand," the attorneys said in a statement.

The family also disputed the accounts offered by U.S. officials that the girl walked for days in the desert without food or water before crossing. The father's lawyers said Caal took care of his daughter, giving her sufficient water and food, and she appeared to be in good health.

About 4,000 migrants died or missing on way to US, AP finds