Samantha Colas is moving down to the final stretch 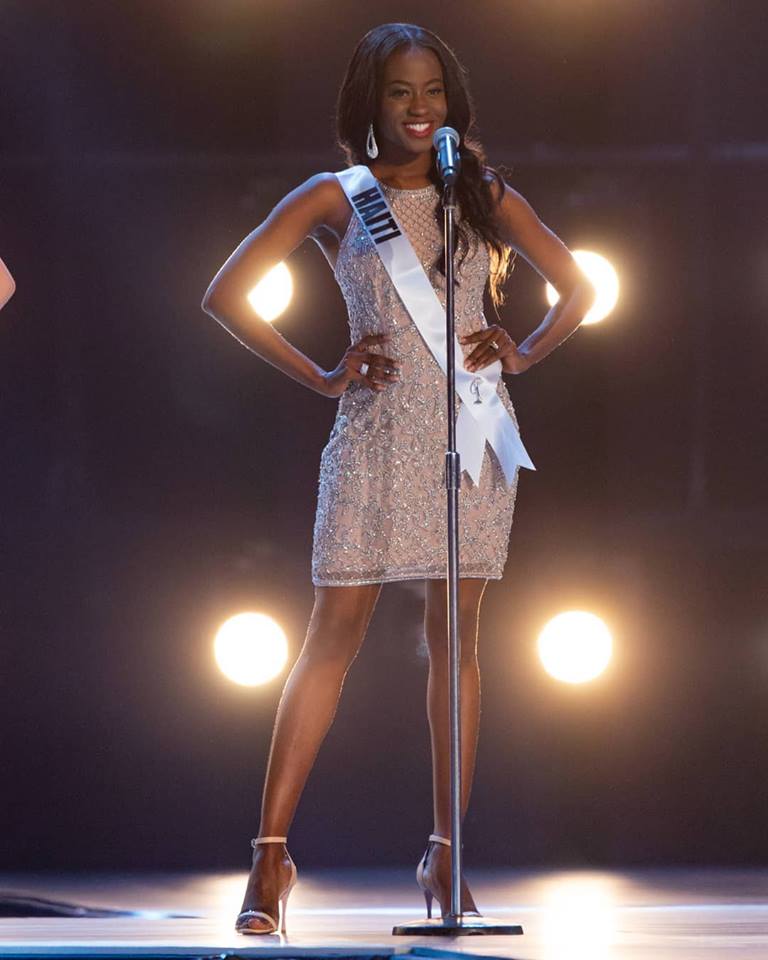 The Miss Universe final is taking place today. On sunday night, the applicants are going to cross the final stretch of the competition. Only one of the 95 young women will be crowned Miss Universe 2018 and succeed to the south African Demi-Leigh nel-Peters, the 2017 Miss Universe. Samantha Colas, who represents Haiti this year, says she is ready to take this final step.

Since her victory in Miss Haiti, Samantha keep generating feedback and commentaries on her participation in the contest. After participating in Miss Globalcity in China in october, the 26-year-old lady is now proudly representing her country in Thailand. The successor of Cassandra Chéry, doesn't let herself caught up by the many unpleasant remarks made against her.

With a degree in Communication from Faculté des Lettres et Des Sciences Humaines de l’UNDH, Samantha Colas has been the host of Soleil d’été, a children’s TV program, for the past ten years. Admired since her early childhood by the former director of Radio-Télé Soleil Mgr. Desinor John, she made her debut in media on the radio with the "Dimanche Louange" program. Her voice was sometimes heard on the show « Pawòl timoun, pawòl pou timoun », as well, every saturday on 105.7 FM.

It is with enthusiasm the young girl took part in the various preliminary activities at the Miss Univers. She has makes some friends, enjoys herself without taking her eyes away from her goals, and from the crown. The young lady was recently seen and appreciated in her sunny national costume filed with fire. For the preliminaries that took place on Wednesday, December 13rd, Samantha gave the best of herself. Whether it was in her presentation or the bikini parade, where she was wearing a nice two blue pieces, she went above and beyond.

December 16th, 2018 is the day D. Five applicants per continent will be selected for the top 20. Asia and Africa merging in one. Samantha, who is currently in rehearsal for the 16th, has so far had a good presentation. Let Us remain positive for the future.

A scripted series about Selena is coming to Netflix