Nissan board meets but no chairman picked to replace Ghosn 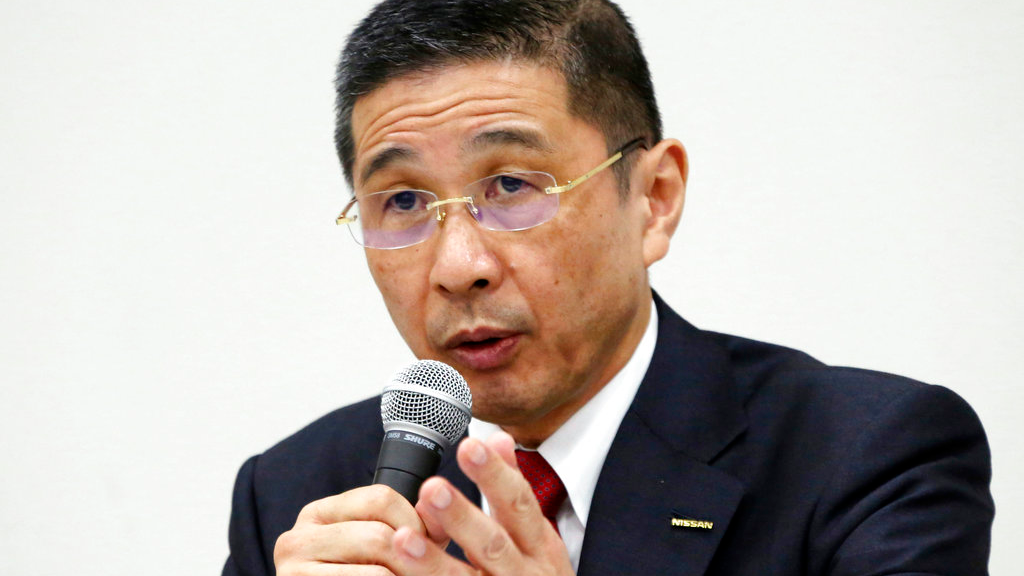 Nissan's board met Monday but failed to pick a new chairman to replace Carlos Ghosn, who was arrested last month on charges of violating financial regulations, saying more discussion was needed.

Nissan Motor Co. Chief Executive Hiroto Saikawa told reporters that the board approved a special committee of outsiders to strengthen governance at the company. A date for the selection of a chairman was not decided.

"We plan to be cautious in this process, and I do not plan to rush this," Saikawa said.

The recommendations for beefing up governance are due in March, and Saikawa said he was willing to wait until then to choose a chairman.

The board meeting came amid an unfolding scandal that threatens the Japanese automaker's two-decade alliance with Renault SA of France and its global brand, and highlights shoddy governance at the manufacturer of the Leaf electric car.

Ghosn and another board member Greg Kelly were formally charged last week with falsifying financial reports in underreporting Ghosn's income by about 5 billion yen ($44 million) from 2011 to 2015. They were arrested Nov. 19 by Tokyo prosecutors and remain in detention.

A source close to Ghosn's family says Ghosn is innocent, as the alleged income was never decided upon or paid. Aubrey Harwell, the U.S. lawyer for Kelly, an American, says he is innocent, and that Nissan insiders and outside experts had advised him that the financial reporting was proper.

The chairman must be selected from among the board members. Three outside board members — race-car driver Keiko Ihara, Masakazu Toyoda, an academic, and Jean-Baptiste Duzan, formerly of Renault — are making that decision.

The special committee for governance includes the three outside board members and four other outsiders, including former judge Seiichiro Nishioka.

One candidate for chairman is Saikawa, who was hand-picked by Ghosn to succeed him as chief executive. He has denounced Ghosn and Kelly as the "masterminds" in a scheme to falsify income reports and abuse company money and assets.

Renault has kept Ghosn as chief executive and chairman, saying its investigation has not found wrongdoing in the awarding of Ghosn's compensation.

Nissan Motor Co.'s allegations also include million-dollar homes in several nations, including France, Japan, Brazil, Lebanon and the Netherlands, purchased by Nissan or a subsidiary and used by Ghosn.

Wrangling over a home in Rio de Janeiro has developed into a court battle in Brazil, with Nissan seeking to block Ghosn's family from retrieving items.

Ghosn was born in Brazil of Lebanese ancestry and holds French citizenship. He was sent in by Renault in 1999 to turn around Nissan from the brink of bankruptcy.

It's unclear when Ghosn and Kelly may be released, with Tokyo prosecutors saying they are a flight risk.