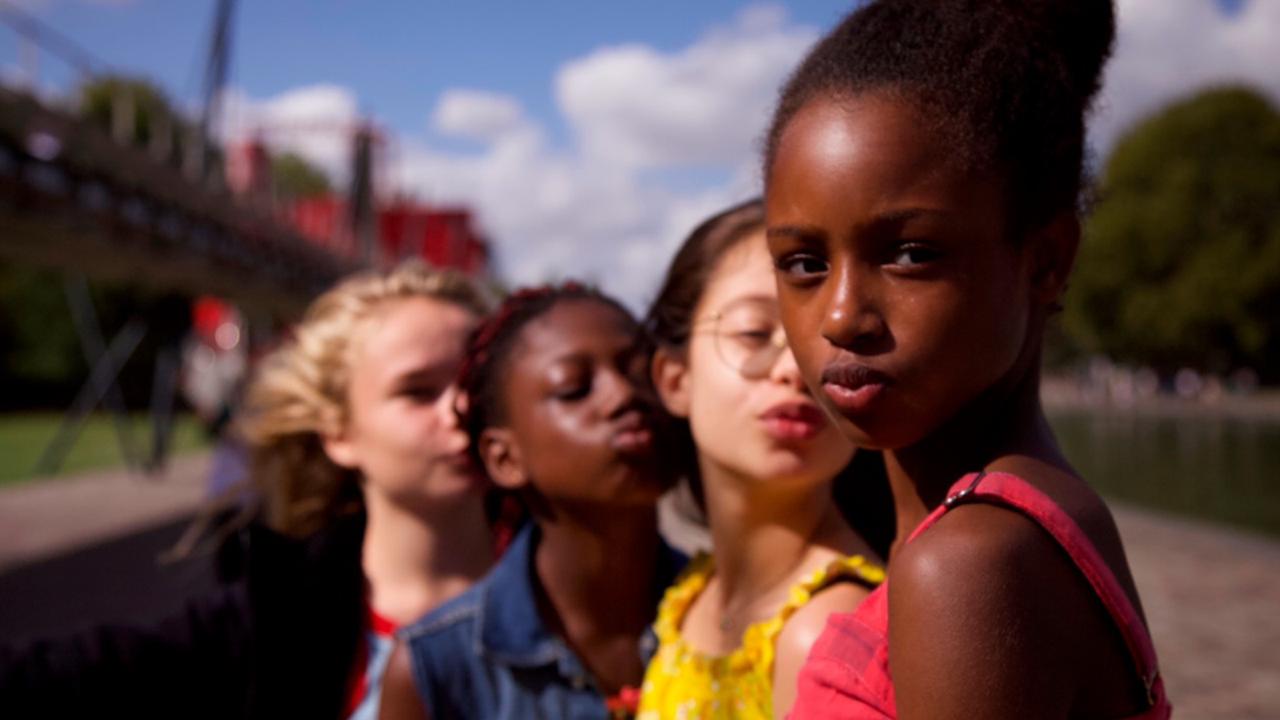 This image released by Netflix shows the cast of the coming-of-age film "Cuties." The backlash to the French independent film “Mignonnes,” or “Cuties,” started before it had even been released because of a poster that went viral for its provocative depiction of its young female actors. (Netflix via AP, File)

The backlash to the French independent film “Mignonnes,” or “Cuties,” started before it had even been released because of a poster that went viral for its provocative depiction of its young female actors.

But the spotlight has only intensified since the film became available on Netflix last week and it has become the target of heightened politicized outrage from members of Congress, including U.S. Sen. Ted Cruz of Texas, and others online calling for subscribers to #CancelNetflix.

At the heart of the backlash is the idea that “Cuties” is dangerously and irresponsibly sexualizing pre-teen girls, which, ironically, is what the movie itself is criticizing too.

The campaign against the film, which includes calls for the Department of Justice to investigate it and hundreds of thousands calling for subscribers to cancel their Netflix accounts, is riddled with inaccuracies due in part to the fact that some critics have not seen the film (one claims that there is child nudity when there is not).

Netflix said in a statement that it is a “social commentary against the sexualization of young children.”

Written and directed by Maïmouna Doucouré, “Cuties” is about an 11-year-old Senegalese immigrant named Amy (Fathia Youssouf) who is living in an impoverished Paris suburb with her observant Muslim family.

She becomes fascinated with a clique of rebellious girls at her middle school who choreograph dance routines and wear crop tops and heels.

They talk about Kim Kardashian and diets, practice “twerking” and giggle about boys and sex-related things that they don’t yet understand.

Netflix acquired “Cuties” out of the Sundance Film Festival earlier this year where it was favourably reviewed and won an award for its direction.

It is the kind of film (foreign-language and with no stars from a first-time director) that would otherwise have gone under the radar. But because Netflix’s promotional materials caught the attention of the internet and even led to an apology from the streaming giant and the removal of the posters, “Cuties” was thrust onto the national stage.

Late last week, Republicans Cruz and U.S. Sen. Tom Cotton of Arkansas called on the Department of Justice to investigate the film’s production and distribution. Cruz in his letter to Attorney General William Barr asked that they, “determine whether Netflix, its executives or the individuals involved in the filming and production of ‘Cuties’ violated any federal laws against the production and distribution of child pornography.”

On Sunday in an interview on the Fox News Channel, Cruz elaborated that Netflix is “making money by selling the sexual exploitation of young kids.” Cruz and others have made it a sticking point that Netflix has a production deal with former President Barack Obama and Michelle Obama, although neither have any association with “Cuties.”

Congressman Ken Buck of Colorado tweeted that he and Rep. Andy Biggs of Arizona also want DOJ to investigate.

Missouri Senator Josh Hawley, a Republican, also sent a letter to Netflix CEO Reed Hastings asking for the film to be removed from the platform while he awaits answers about how the film was made and marketed.

Melissa Henson, program director for the Parents Television Council, said that it “normalizes the sexualization of little girls,” and over 640,000 accounts have signed a Change.org petition calling on users to cancel their Netflix accounts over the film.

But this time Netflix is not apologizing.

“It’s an award-winning film and a powerful story about the pressure young girls face on social media and from society more generally growing up — and we’d encourage anyone who cares about these important issues to watch the movie,” a Netflix spokesperson said in a statement.

Some film critics have also weighed in on the controversy and highlighted the merits of the film.

“It would have been easy for Doucouré to use a broad brush to paint the different extremes of Amy’s experience (‘stifling tradition bad, dancing well’), but she’s not exactly making ‘Footloose’ here,” New York Magazine film critic Bilge Ebiri wrote. “’ Cuties’ is not a blunt screed or a finger-wagging cautionary tale in either direction — which is one reason why anyone watching the film looking for clear messages about right and wrong is bound to be disappointed, maybe even outraged.”

Doucouré was inspired to make the film partly because she observed some 11-year-old girls dancing “like we’re used to seeing in video clips” at a gathering in Paris and wanted to investigate why such young girls were mimicking such adult behaviour.

“Our girls see that the more a woman is overly sexualized on social media, the more she is successful. Children just imitate what they see, trying to achieve the same result without understanding the meaning," Doucouré said. "It is dangerous.”

Her protagonist, Amy, is at the crossroads of conflicting messaging from her family, French Western culture and the “hyper-real fiction of social media,” she said.

Doucouré encouraged audiences to watch the film “without judging this child.”

According to Lauren Aronson, a representative for Cruz who said he has not seen the film, the intent of the filmmaker is not the point.

“There should be absolutely no place for the filming and distribution of these scenes,” Aronson wrote.

But Doucouré believes that her film is a worthy call to action. And her message seems to have the same goal as those bemoaning its existence.

“We must all come together to figure out what is best for our children. As a director, as an artist, I am doing my part with this film,” she said.

“Politicians, the education system, parents and children must come together to fix what’s gone wrong.”

Netflix & Ava DuVernay win 'When They See Us' defamation lawsuit