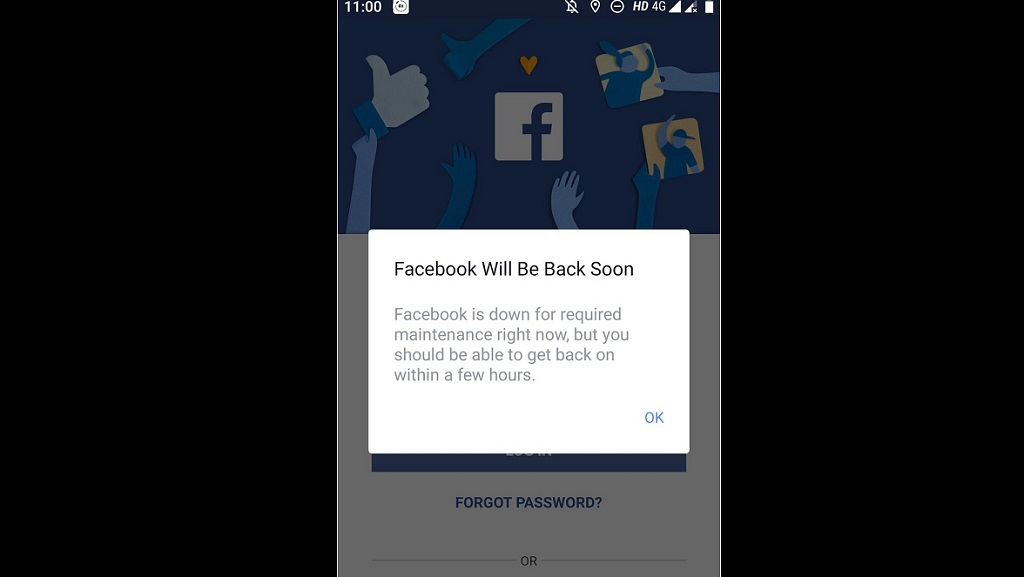 A map of the report locations showed outages in parts of the US, South America and the Caribbean, Europe, and the United Kingdom, among others.

Persons also reported being unable to log in to the Facebook app, and were told that the downtime would be resolved in a few hours.

A message on Facebook's login screens read: "Facebook is down for required maintenance right now, but you should be able to get back on within a few minutes."

The message links to a note on Facebook's help center that reads:

“This usually means we're making an improvement to the database your account is stored on. While this process won't affect your account, you temporarily won't be able to access the site.

Keep in mind, we don't do site maintenance on all accounts at the same time. It's possible that your friends will be able to access the site while your account is still unavailable.” 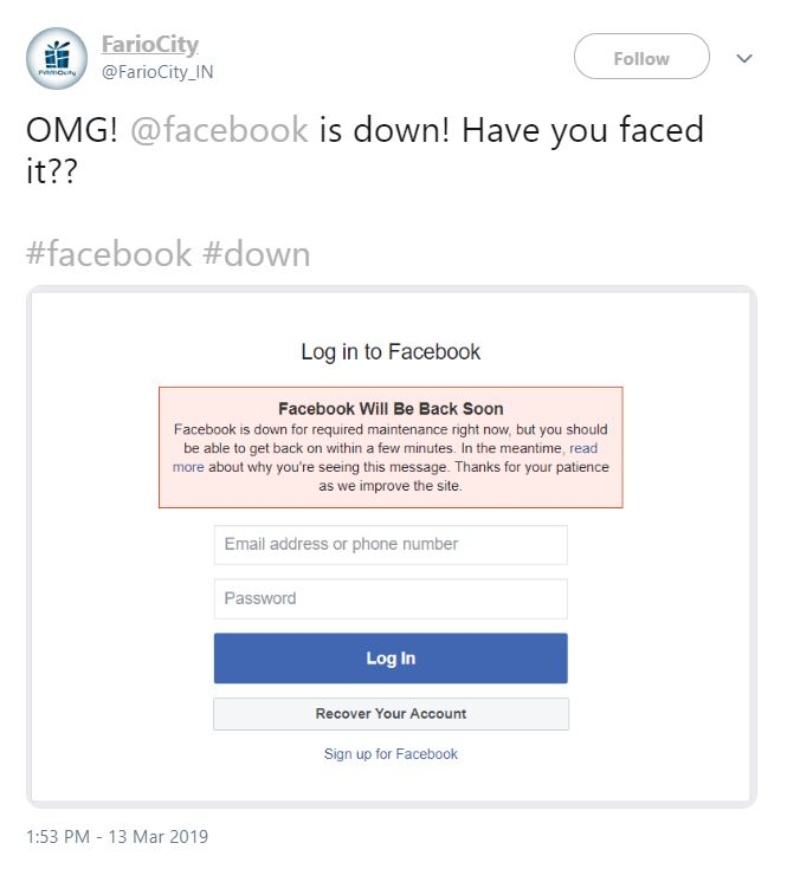 The company issued a statement on Tuesday afternoon that it was aware of the situation.

“We’re aware that some people are currently having trouble accessing the Facebook family of apps. We’re working to resolve the issue as soon as possible,” the company Tweeted.

There were unconfirmed reports that the outage may have been the result of a Distributed Denial of Service (DDOS) attack.

We’re aware that some people are currently having trouble accessing the Facebook family of apps. We’re working to resolve the issue as soon as possible.