Crisis in Haiti: David Hale's visit did not change the status quo 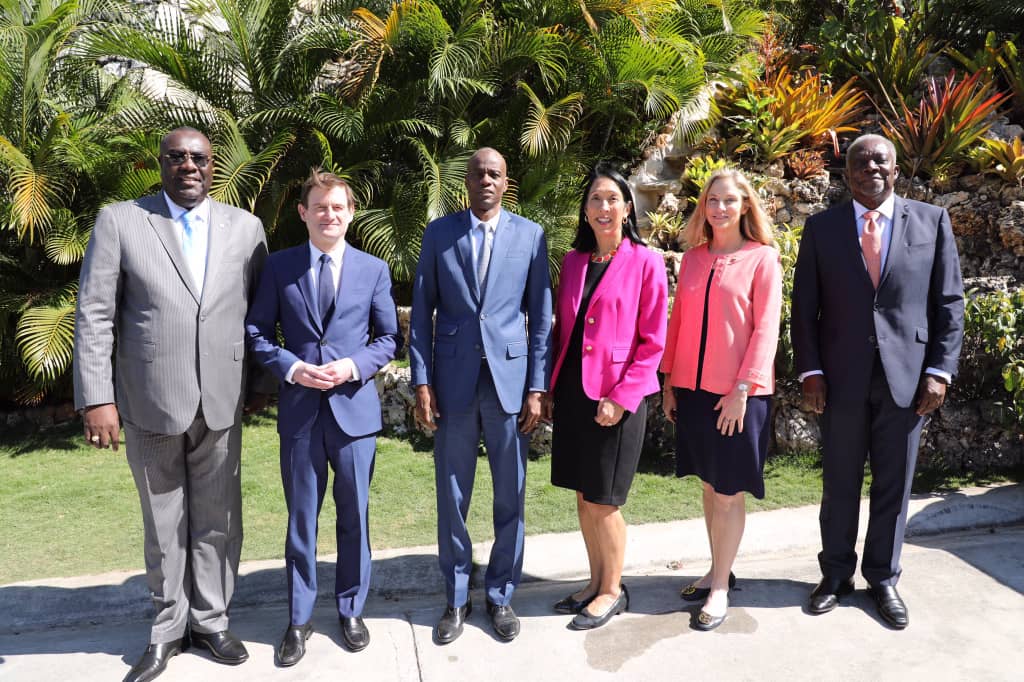 Undersecretary of State for Political Affairs David Hale ended his mission in Haiti last Friday. After meeting President Jovenel Moïse, the US official met with political leaders, including those of the opposition. Mr. Hale left with wishes. The partisans of Jovenel Moise continue to advocate for the respect of his mandate, his opponents, to demand his resignation.

"During his meeting with President Jovenel Moïse, Under-Secretary of State Hale emphasized the need to give Haitians a functional government and a more prosperous future," wrote the US Embassy in Haiti, on his Twitter account. After his visit, David Hale expressed the wish that the actors find an agreement, in order to unblock the situation. "Leaders must work together to protect human rights and fight corruption," say the Americans.

After the trip of the number 3 of the US State Department, nothing has changed with regard to the crisis. The different actors involved keep their initial position. For the opposition that remains attached to the Marriott Agreement, the formation of a functional government with the current president, as advocated by the Americans, is of no importance. André Michel is clear: "There is no question of cohabiting with President Moses". The # 1 in the executive branch, according to opponents, suffers from a deficit of credibility and morality.

"Jovenel Moïse must resign, to facilitate the establishment of the transitional government that will be followed including the national sovereign conference," said once again André Michel, after a demonstration held Friday, December 6 in Port-au-Prince. Even if they agreed to sit down with the US Under-Secretary of State, the opponents do not defuse it. Moreover, they announce that the name of the replacement of Jovenel Moïse has already been chosen.

If the opposition is radicalized more and more, the Head of State for his part continues to believe in a dialogue, which he has been advocating since the beginning of his five-year term. During the meeting with the US Assistant Secretary of State, Jovenel Moïse said he wanted to "dialogue with all sectors, so that peace can return to Haiti".

In the camp of the partisans of the power, it is the following refrain: "respect of the constitutional mandate". "An elected president must complete his term. We must go to a political agreement that includes the president, "said the leader of the Haitian Party Tèt Kale (PHTK) party of the President of the Republic. In an interview with the newspaper Le Nouvelliste, Liné Balthazard indicates that this new meeting with David Hale is not a failure. On the contrary, for him, "we are now closer to a dialogue".

Recall that since the beginning of the political crisis, several American emissaries have visited Haiti to encourage an agreement. In just two (2) weeks, three (3) US officials visited Haiti, but the expected results have not been achieved.